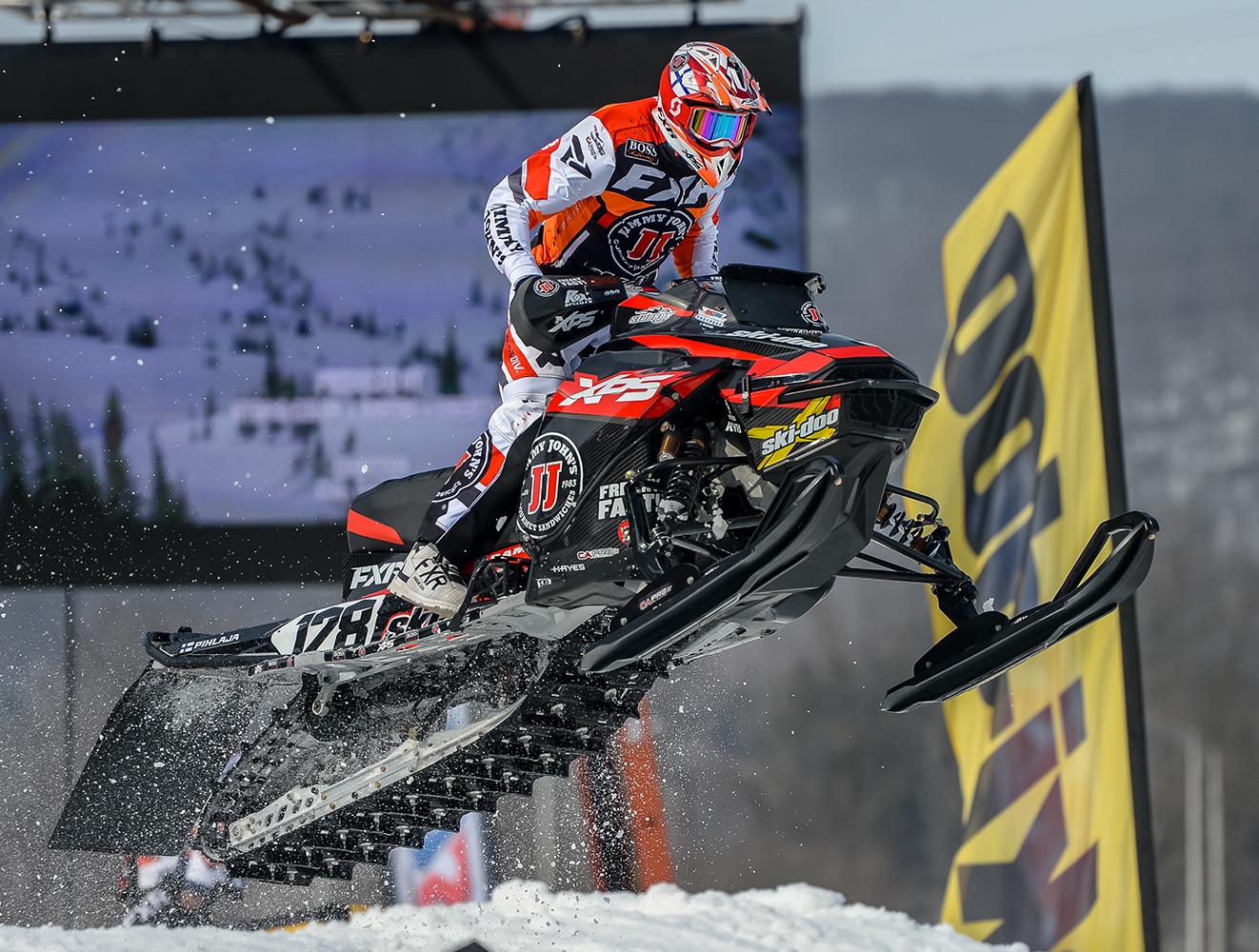 Ski-Doo X-Team snocross racers got back to their winning ways in sweeping fashion in Salamanca, New York at the Seneca Allegany Snocross National held Feb. 22-23, 2019.

The Round 12 final got off to an exhilarating start when Pro rookie sensation Aki Pihlaja (BOSS Racing) catapulted himself into the lead by quadrupling over the first set of big rollers. The bold gamble early in the race paid off as Pihlaja captured his second win of the season and lead the charge to another Ski-Doo podium sweep.

The win was anything but easy as points leader and BOSS Racing teammate Elias Ishoel spent most of the later part of the race applying heavy pressure to Pihlaja attempting to overtake the lead. It was not to be, however, as Ishoel rode to a hard-fought second place.

Completing the all-Ski-Doo podium was Adam Renheim (Warnert Racing). The tall Swedish rider turned in one of his better rides of the season after starting in the back row for the Final. With the first lap complete, Renheim found himself in 11th position and began his charge through the pack. It wasn’t until a final lap pass that he found himself in podium position and ensured a winner’s circle full of Ski-Doo sleds. 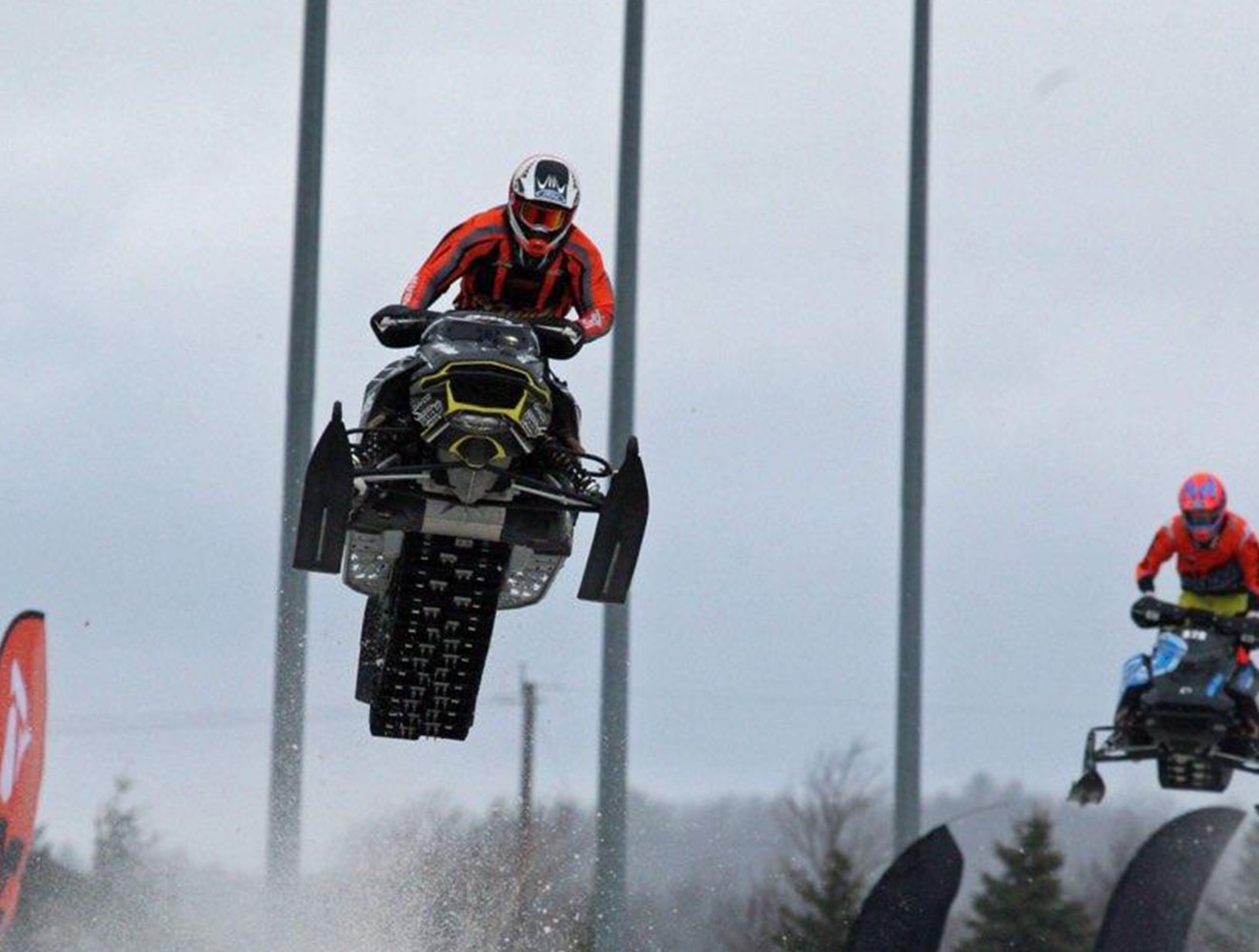 The stage was set in Innisfil, Ontario, for the CSRA Royal Distributing Cup on Sunday, Feb. 24, and Ski-Doo Pro rider Isaac St. Onge delivered in a big way taking the checkers.

Saturday’s Pro podium sweep was not the only one for Ski-Doo racers on the weekend. A night earlier, Ski-Doo Pro Lite racers got the trend started when Hunter Patenaude (Schuering Speed Sports) capped a near-perfect night with the win. He was followed across the line by Francis Pelletier (Warnert Racing) and Marcus Ogemar (Bauerly Racing) in second and third, respectively.

It was a special night for Patenaude, a Vermont native, who had several family and friends watching in the stands. But he was not done turning in solid rides on the weekend. He turned in a second-place finish on Saturday, again besting fellow-Ski-Doo racer Pelletier by one podium spot.

The two are locked in a tight battle for the overall points championship as Patenaude leaped ahead of Pelletier in the standings to come out of the weekend with a slim four-point margin heading into the final four rounds of racing. Ogemar currently sits third, with Max Taillefer occupying the fifth spot. 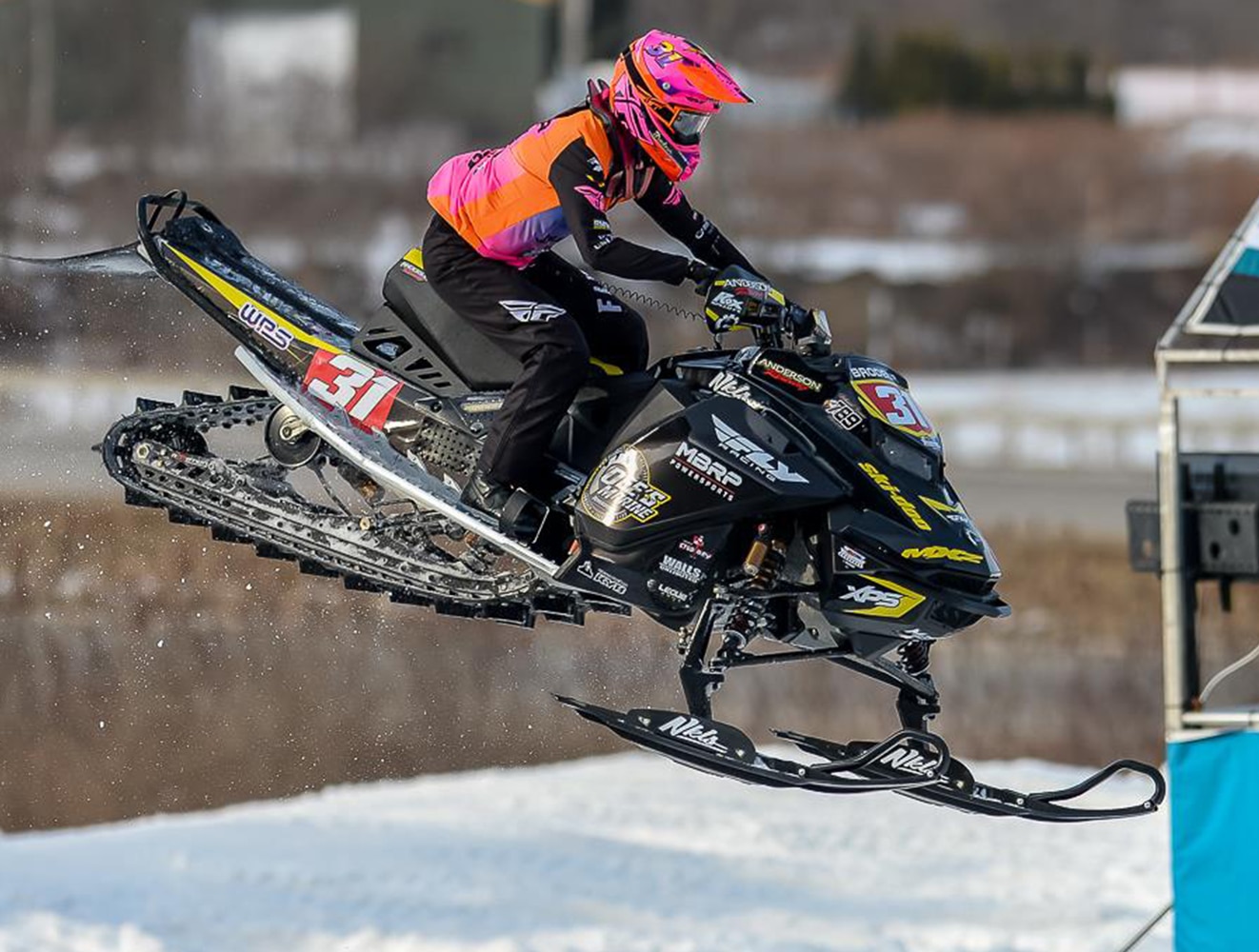 Pro Am Women’s racer Megan Brodeur is peaking at the perfect time. She turned in a perfect weekend capturing both heat races on Friday and Saturday along with both finals. The weekend domination helped stretch her overall points lead to 55 points clear of the rest of the field.

The defending champion was relentless all weekend on the track clicking off lap after lap in complete control. Friday and Saturday’s wins marked her seventh and eighth of the season, and third win in a row matching her streak from the first three rounds of the season. She hasn’t finished lower than second place in a final yet this season. 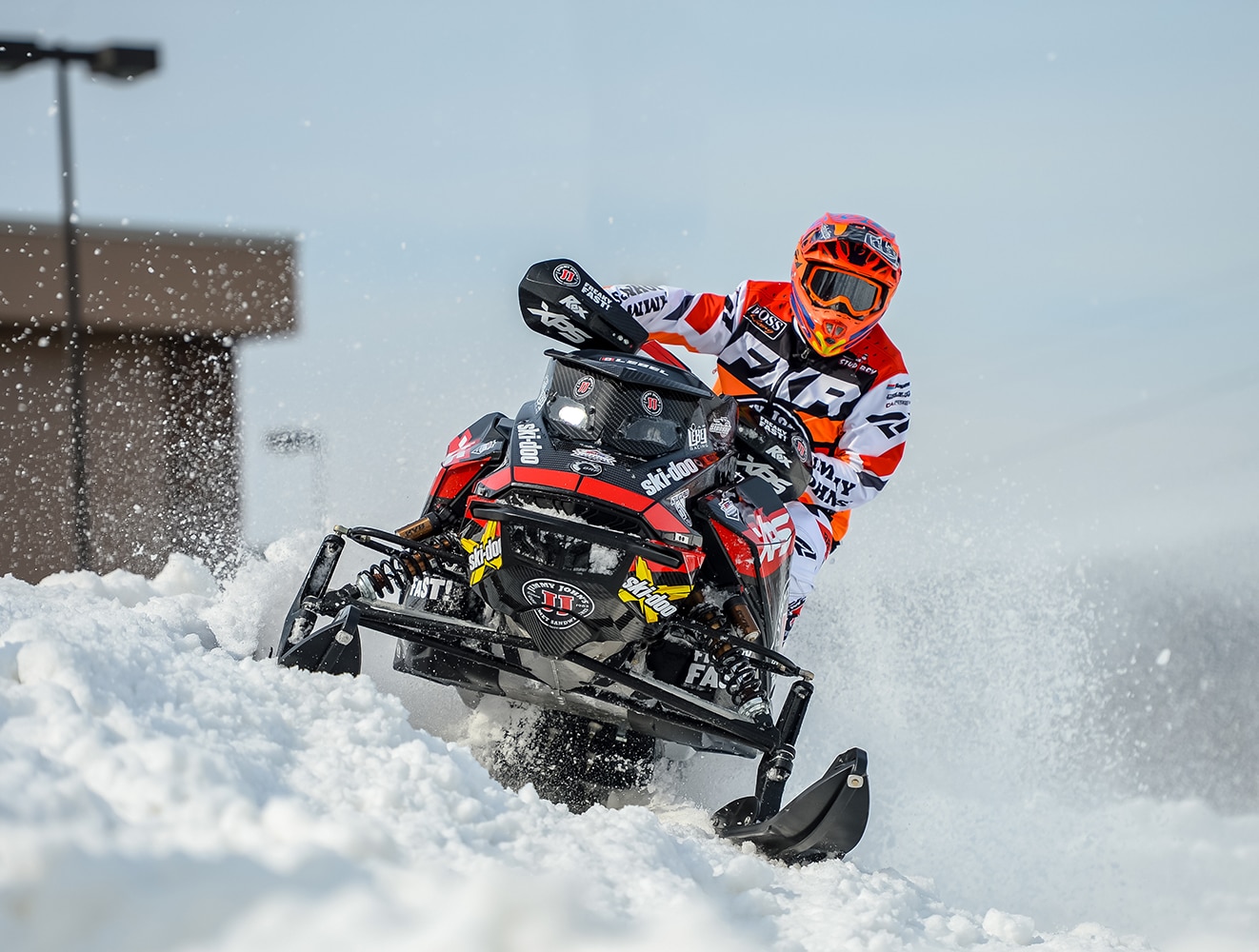 Jordan Lebel (BOSS Racing) had himself a day in Friday’s action. He captured wins in three class including Jr. 14-15, Jr. 16-17, and a dominating 19.5-second win in Sport Lite. He repeated the feat again in Saturday’s Sport Lite final to complete the weekend sweep in the class.

With five wins in the last six races, Lebel holds a commanding 92-point lead in the chase for the season points championship over the competition.

Ski-Doo Sport class rider Sam Blouin continues to lead the chase for the points in his class by 52 points. 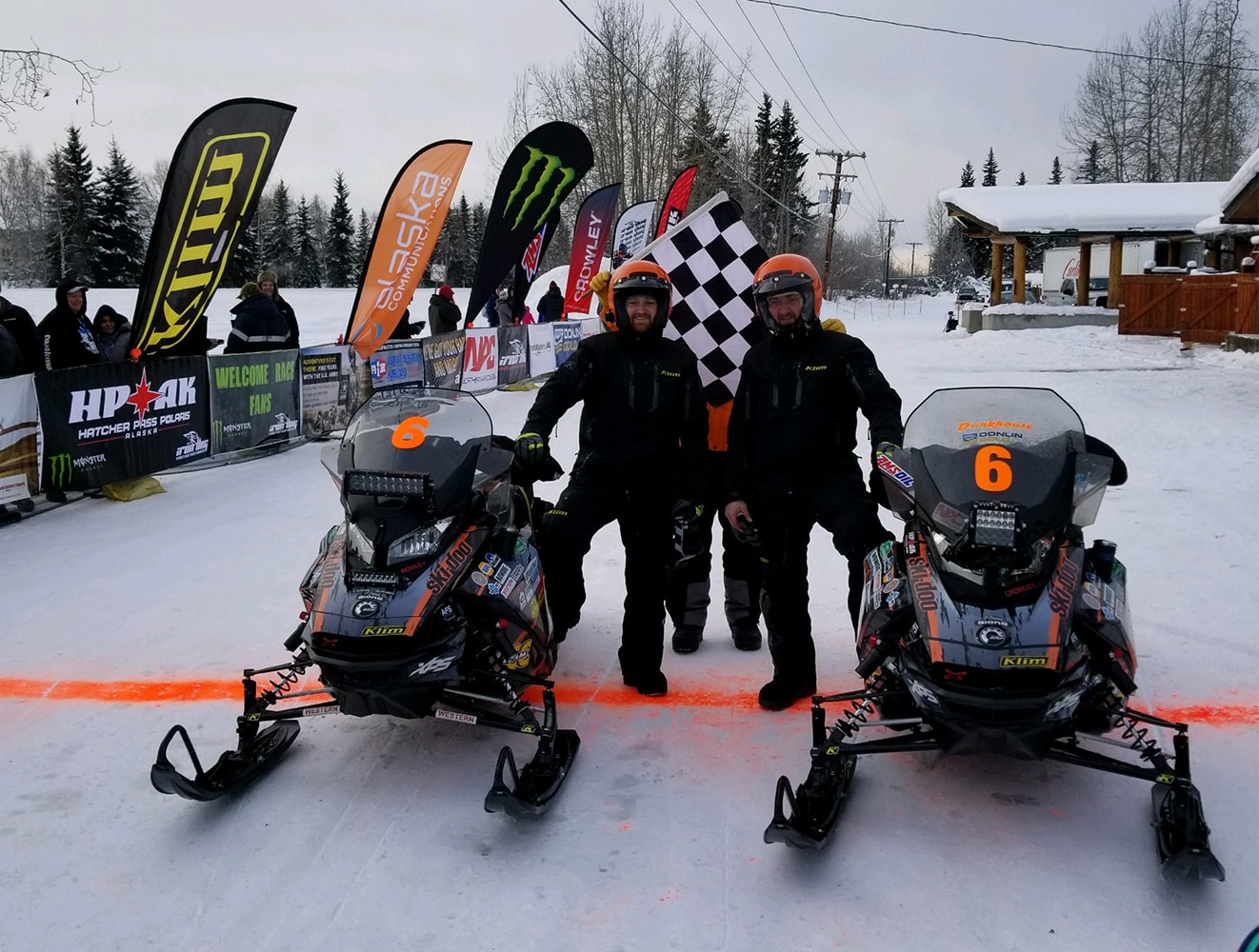 Team 6 of race rookie Adam Drinkhouse and veteran Brad George rode to a second-place finish. Team 14 made up of Casey Boylan and Bryan Leslie crossed the line in third. The all-rookie Team 42 Amos Cruise and Jarvis Miller turned in a very impressive fifth place in their inaugural attempt at the grueling endurance race.