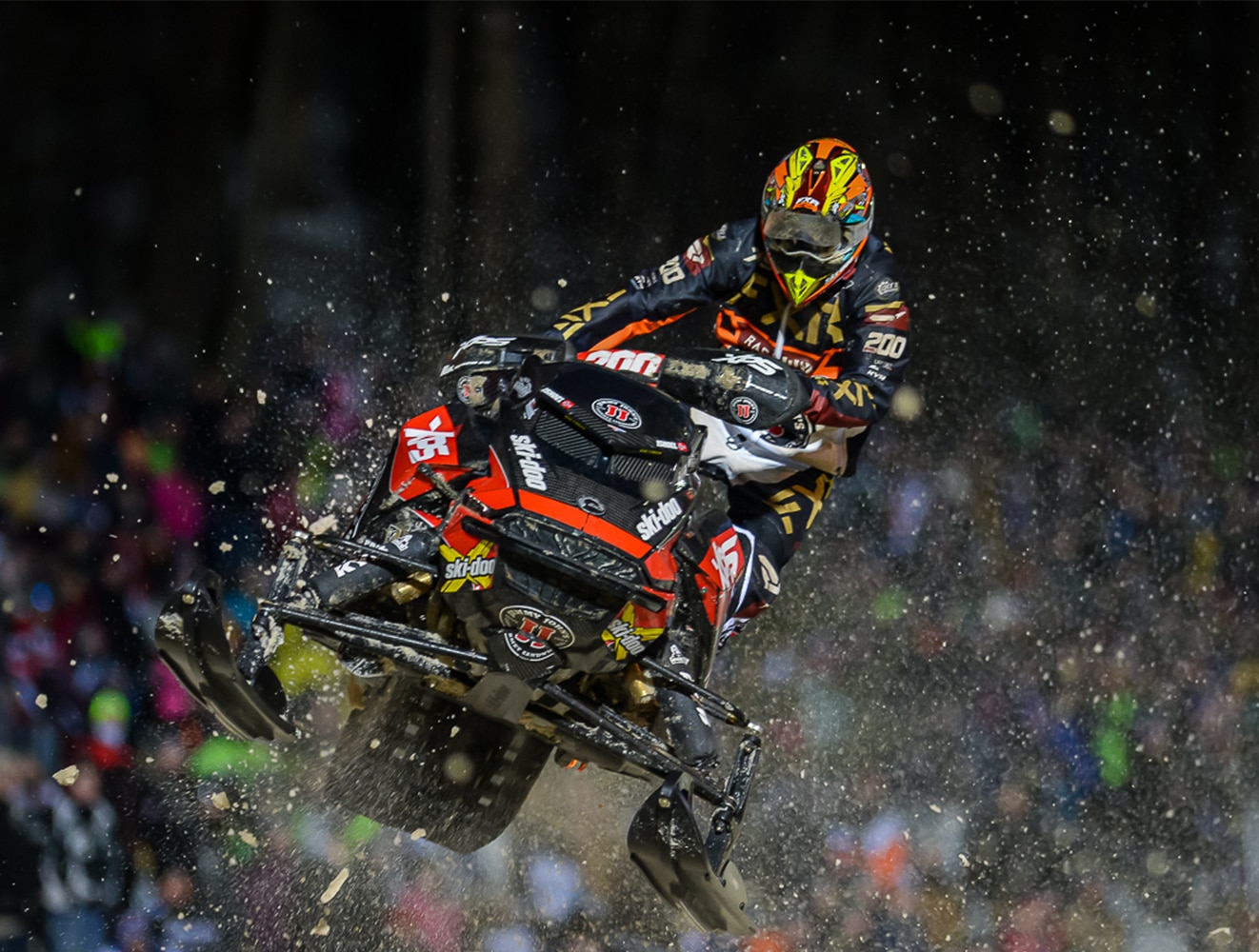 Ski-Doo race teams were unstoppable in nearly every form of racing through the 2019-2020 race season. From posting wins in every round of the ISOC Snocross Pro class and grabbing seven overall points titles, to claiming victories in the most legendary endurance races with wins in both the Iron Dog and Cain’s Quest. Here’s a look back at one of the most historic seasons in snowmobile racing.

The snocross track belonged to Ski-Doo racers all season long. Led by Elias Ishoel (BOSS Racing) and his second consecutive overall Pro points championship, Ski-Doo teams claimed a total of 7 titles on the season. Perhaps most impressive, the podium was not typically dominated by one rider, but by several Ski-Doo riders all season long.

Megan Broduer (Anderson Racing) continued her mastery of the Pro Women’s field, turning in a near-perfect season winning every round except one to take the season points championship. That lone blemish on her season was a second-place finish in Round 12. Prior to that, she hadn’t missed the top step of the box dating back to last season.

In Pro Lite, it was essentially a two-man race for the points title. Hunter Patenaude (Scheuring Speed Sports) and Francis Pelletier (Warnert Racing) were locked in a bar-to-bar battle for nearly the entire season. With one or the other claiming victory in 10 of 12 main events on the season, the two easily outpaced the field by a healthy margin for the championship. At season’s end, it was Pelletier taking the title by a slim 4-point margin over Patenaude. 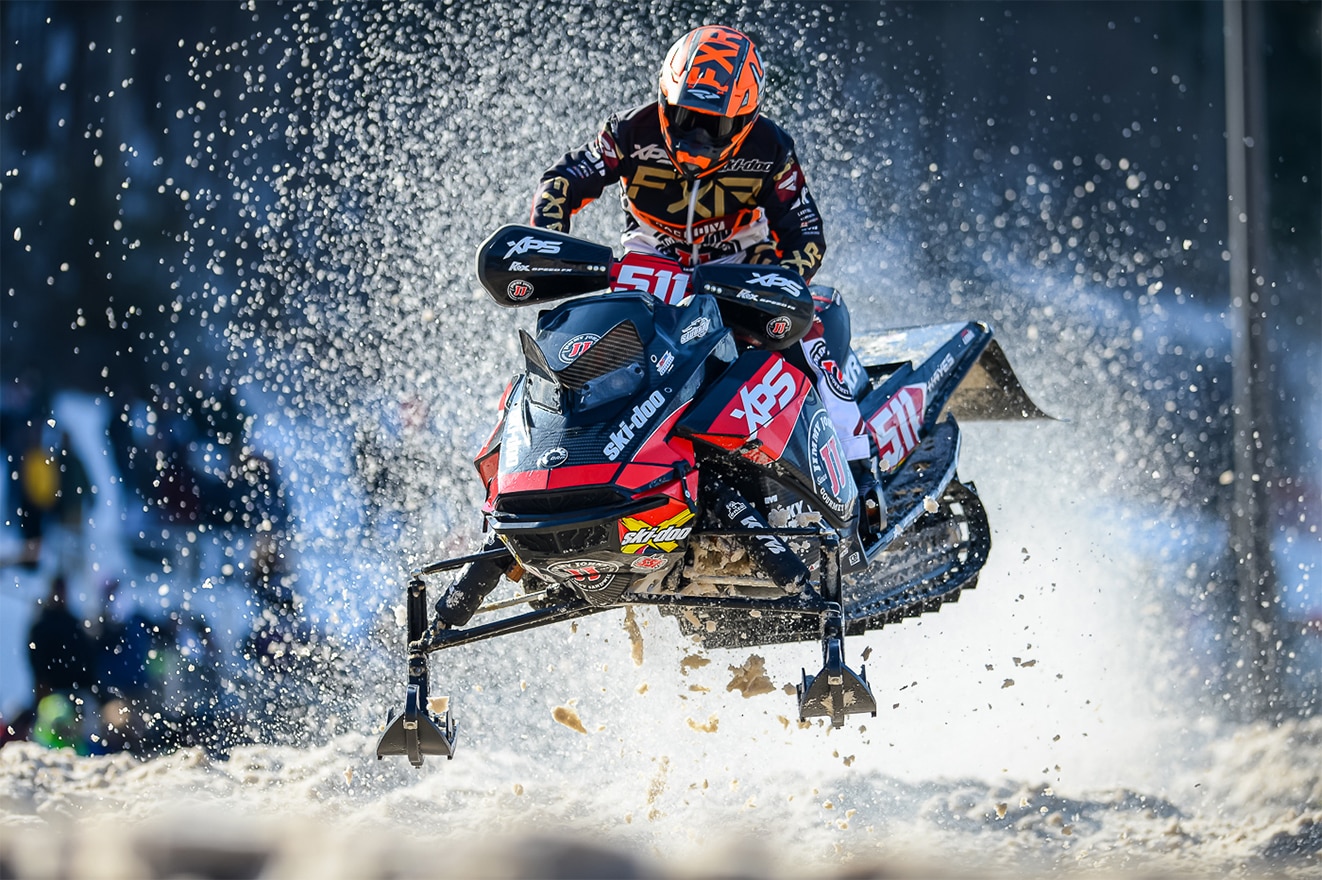 Sport and youth classes saw the same type of domination from Ski-Doo riders as the pros. Jordan Lebel (BOSS Racing) caught fire in the Sport class and outpaced the field to take the title. In the Jr. 16-17 class, Ski-Doo youngsters filled the top six places in the overall points standings when the dust settled on the season. Leading the way was Emeric Legendre Perron, followed by Jake Boutwell, Kellen Chapuran, Chance Tietjen, Hayden Meyer and Connor Beissel.

Following a similar storyline was the Jr. 14-15 class with Perron claiming his second overall title of the season. Four more Ski-Doo racers filled the next four places. Finishing second was Boutwell, followed by Chapuran, Meyer and Aiden Leonard.

Junior Girls 9-13 saw Naeli Lebel join her brother Jordan by winning the title in her class. 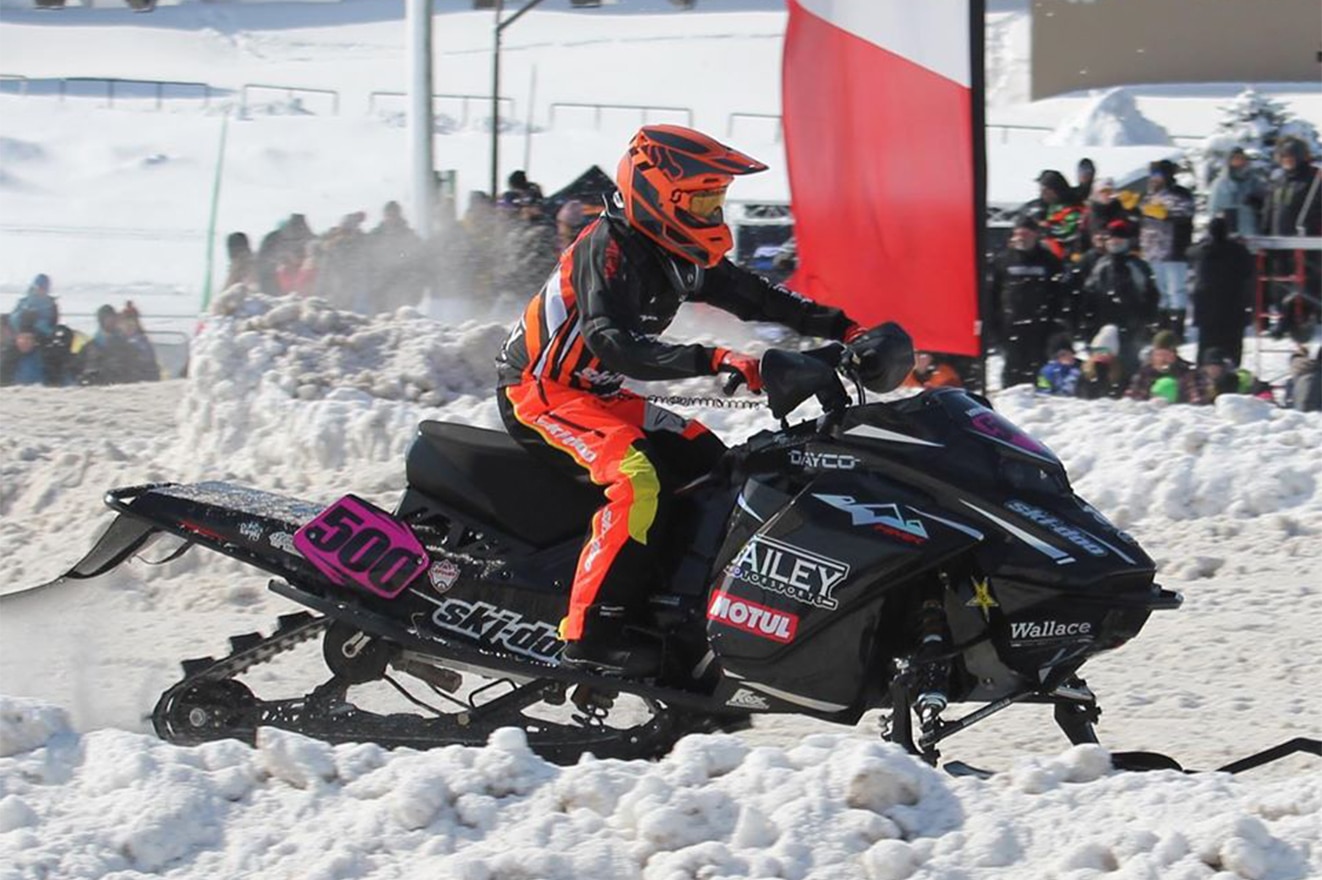 More Ski-Doo success came north of the border in the Canadian Snowcross series as racers claimed a total of eight overall points championships.

Sport and junior classes were another spot where Ski-Doo racers left their mark. Mayson Sharp took home the Sport 600 title. Kye Doran dominated in the transition classes claiming both the Transition 8-10 and Transition 11-13 titles. 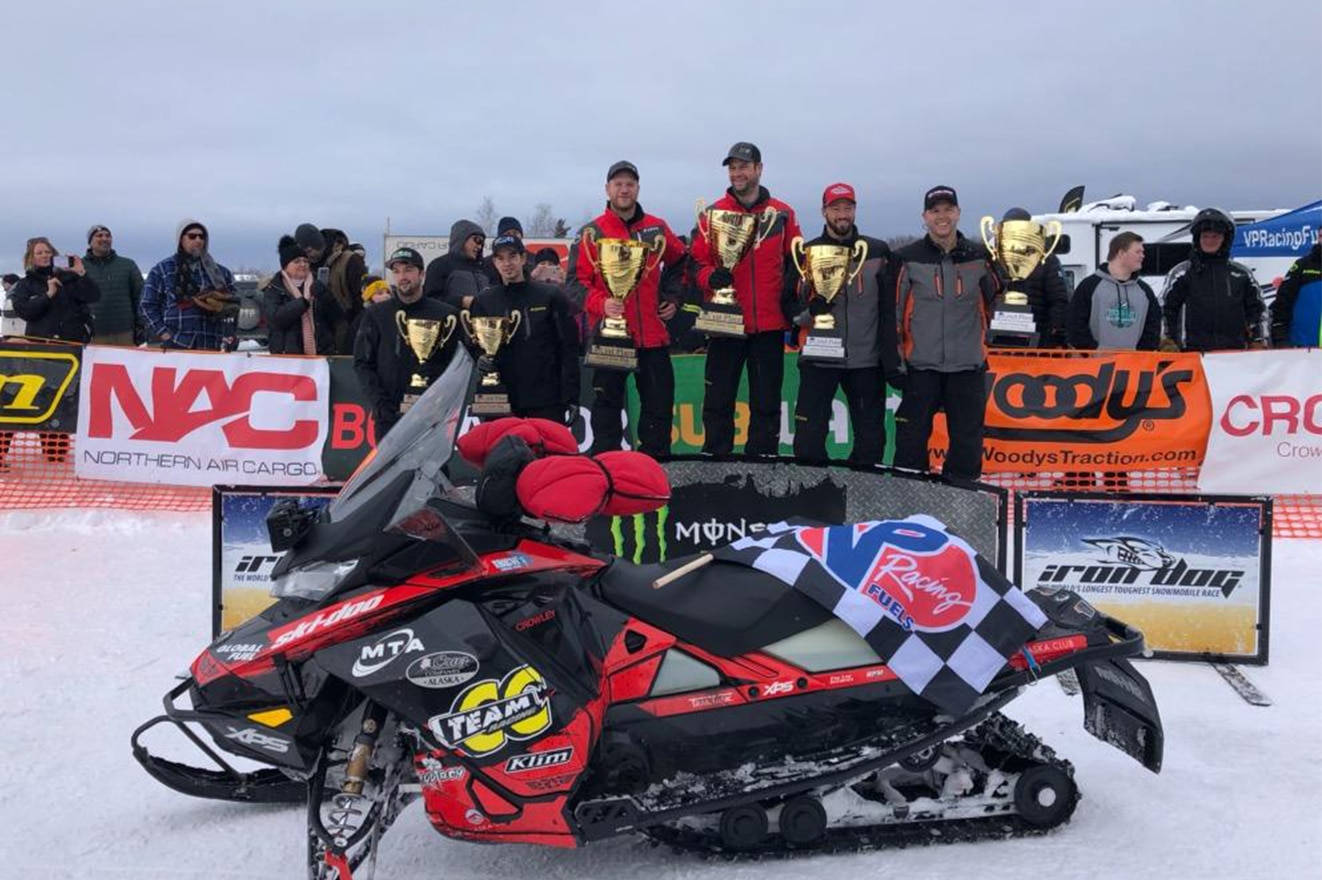 The Alaskan Iron Dog and eastern Canada’s Cain’s Quest are known as the two most demanding snowmobile races in the world. Each tests every limit of man and machine over thousands of miles through some of North America’s harshest terrain. The winners of both crossed the line aboard Ski-Doo snowmobiles.

Starting in Fairbanks and traversing more than 2,400 miles of Alaskan wilderness and small towns, the 2020 Iron Dog was deemed the toughest ever. Team 7 of Tyler Aklestad and Nick Olstad withstood the grueling course and extreme weather – they led wire-to-wire to be the first team to cross the finish line and marked a new Iron Dog record of 50 hours, 8 minutes and 3 seconds. Just 11 of the 29 pro teams that started the race made it to the finish.

Cain’s Quest is run on the opposite coast through eastern coastal Canadian provinces and covers 3100 km (1926 miles) of rugged backcountry. Much like the Iron Dog, Cain’s Quest pushes many racers and sleds past their breaking point long before they see the finish line. Rarely do these type of endurance races see first-time entrants lead the way.

That’s exactly the scenario that unfolded in the 2020 edition of Cain’s Quest as racers took off in teams of two looping through Newfoundland and Labrador to complete the 17-checkpoint trek back to Labrador City. Rookie team 21 Mighty Haulers comprised of Roddrick Pye and Darryl Burdett piloted their Ski-Doo Backcountry snowmobiles to victory adding an exclamation point on one of the most successful race seasons for a single snowmobile manufacturer in recent memory.

The season couldn’t have gone much better for Ski-Doo semi-pro crosscountry racer Dustin Dohrn. He was a model of consistency for the majority of the USXC season as he used six podium finishes on the season to take home titles in both the Semi-Pro Factory 600 class and the Semi-Pro Improved Factory 600 class.