Back to Ski-Doo Ambassadors

Describe yourself in 3 words:
Beard, Boost and Rock’n roll (was that 4 words already).

How did your interest in sleds start?
Even though I rode my grandfather’s old Lynx and Ockelbos from the age of 5, I wasn’t really interested in snowmobiling at all. I’ve had several motocross bikes ever since and I found that it much more interesting motorsport year-round when I was younger. Then I bought my very first snowmobile on a whim in 2013. It was a trail sled, but was still OK off trails. I got hooked. Next season I bought a new sled for deep snow and I’m still on the same journey. Still hooked. Never going back. Ever.

Describe That Ski-Doo Feeling:
Out riding with a group of friends. Snow flying over the hood filling your helmet blocking your vision on a descent (which doesn’t happen too often where I live). Doing it over and over again and forgetting your mouth is open when smiling ear to ear. When your helmet gets a brimful of snow, you get a mouthful, making you cough hard... It doesn’t matter since that Ski-Doo feeling is way beyond everything else.

What’s your “real job?”
I’m an installation foreman and co-owner in a company which manufactures and installs traffic signs and traffic safety equipment.

Who makes up your typical riding crew?
I try to ride with as many different groups as I can. Since everyone has different habits and routines it doesn’t get boring. It’s interesting to see how people use different methods to do the same things in very different ways. FYI: We travel several hundred kms every time we want to find deep snow. And usually it still isn’t deep enough.

Favorite place to ride?
Many… just to name a few: Pemberton, BC and Riksgränsen Sweden

Describe your perfect day on the snow:
Refer to “Describe That Ski-Doo Feeling:” With an addition of getting out early when the sun rises and getting everyone back safely to the cabin late in the dark with the last drop of fuel left. Sauna with couple of beverages seals the deal.

When I’m not on the snow, you’ll most likely find me:
At home laying on the floor giggling with my daughter or at the shop wrenching on my sleds or my truck.

What’s your one must-have accessory for your Ski-Doo?
A hotpot for sure! “You’re not you when you’re hungry” From a Ski-Doo catalog it must be the new LinQ slim waterproof tunnel bag.

What’s one innovation you’d like to see on a sled that doesn’t currently exist?
Can’t reveal it yet. Someone might steal my innovation.

Favorite trailside or mountainside meal or place to eat?
Deep in the trees in the middle of riding a quick lunch straight from a hotpot. Usually just a hot sausage with a lot of mustard.

What’s the first song/artist that comes on when you get in the truck?
Mostly just a random radio channel but whenever I hear some good old heavy metal, I twist the knob all the way to the right. 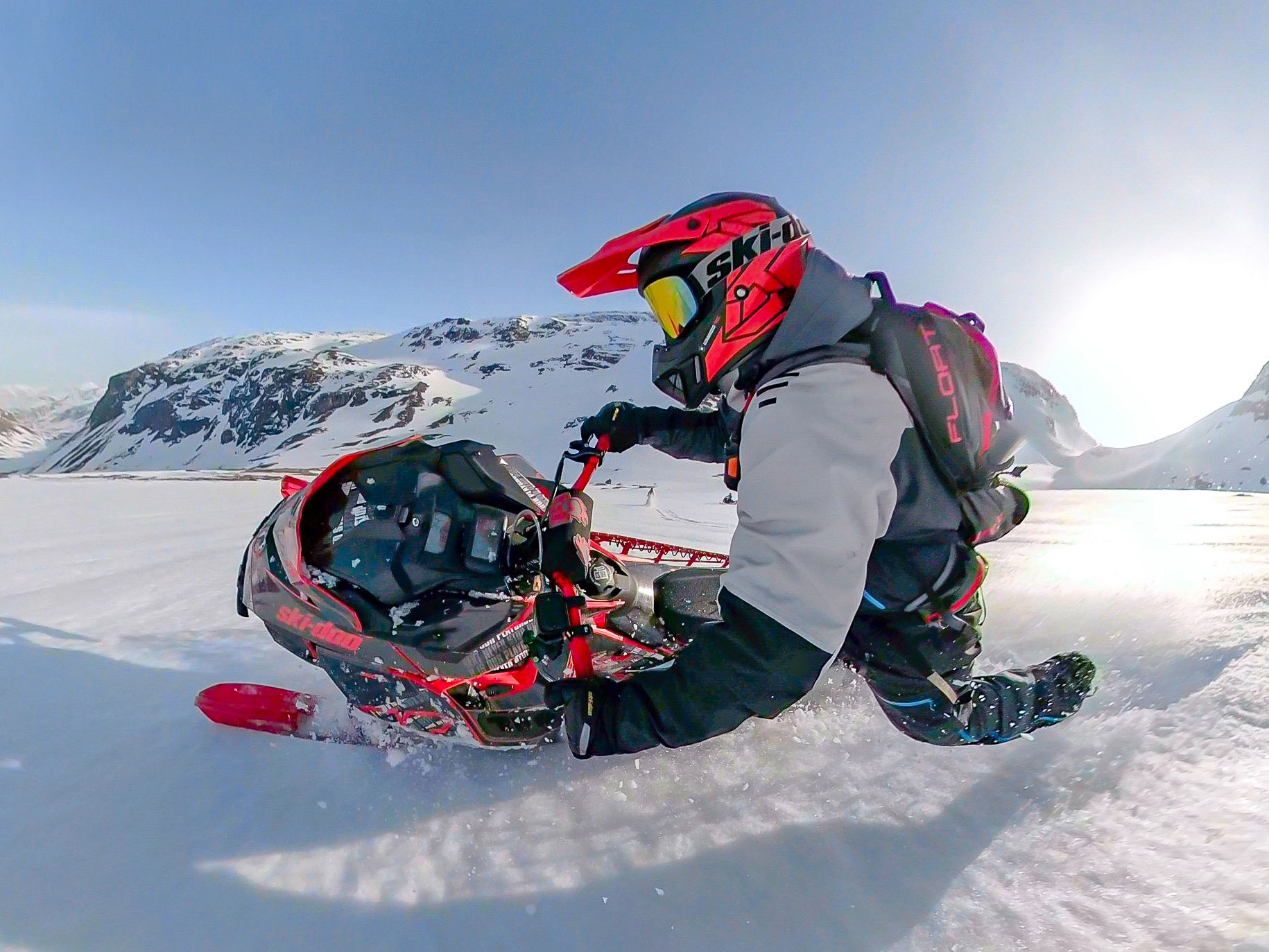 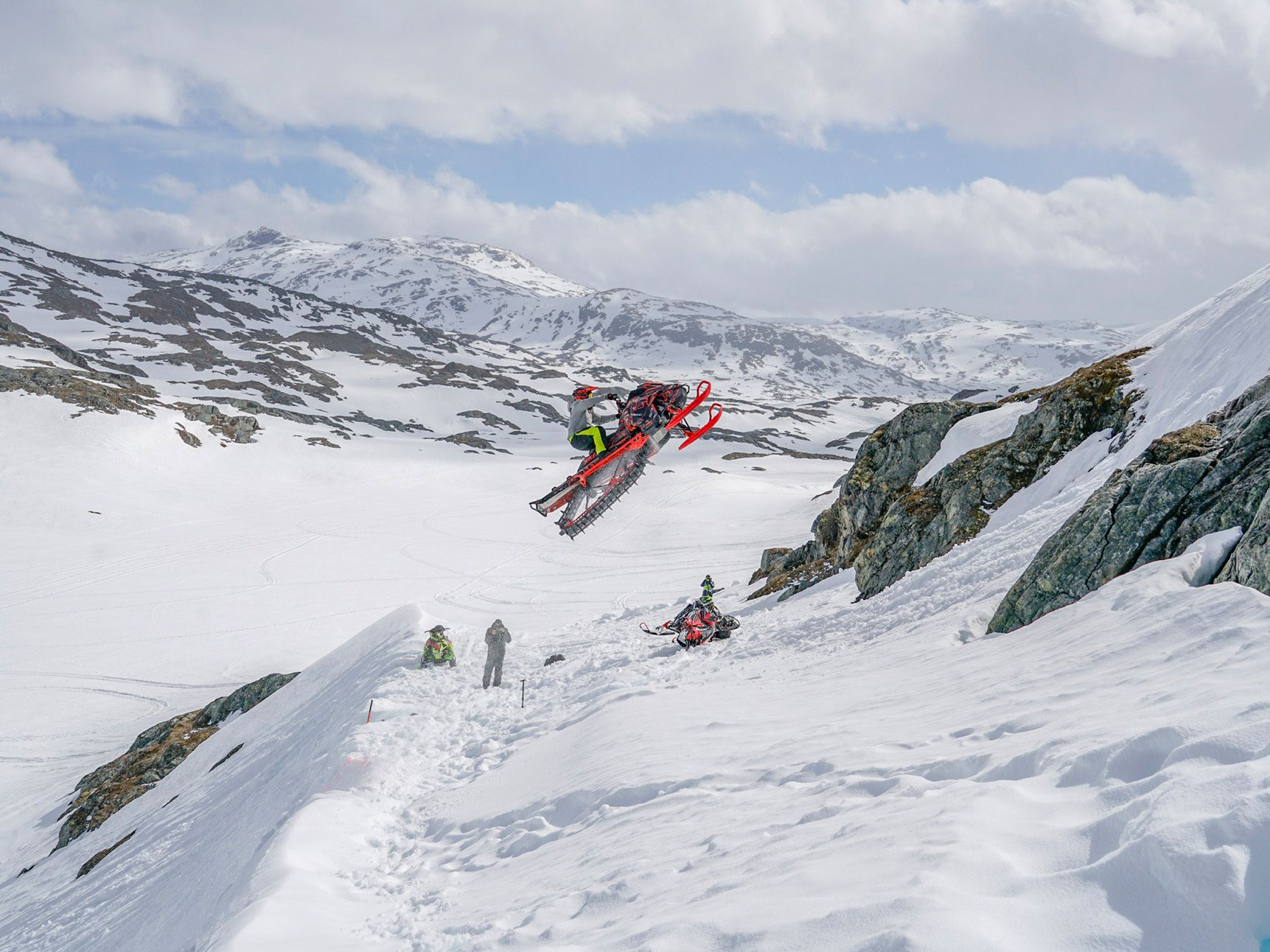 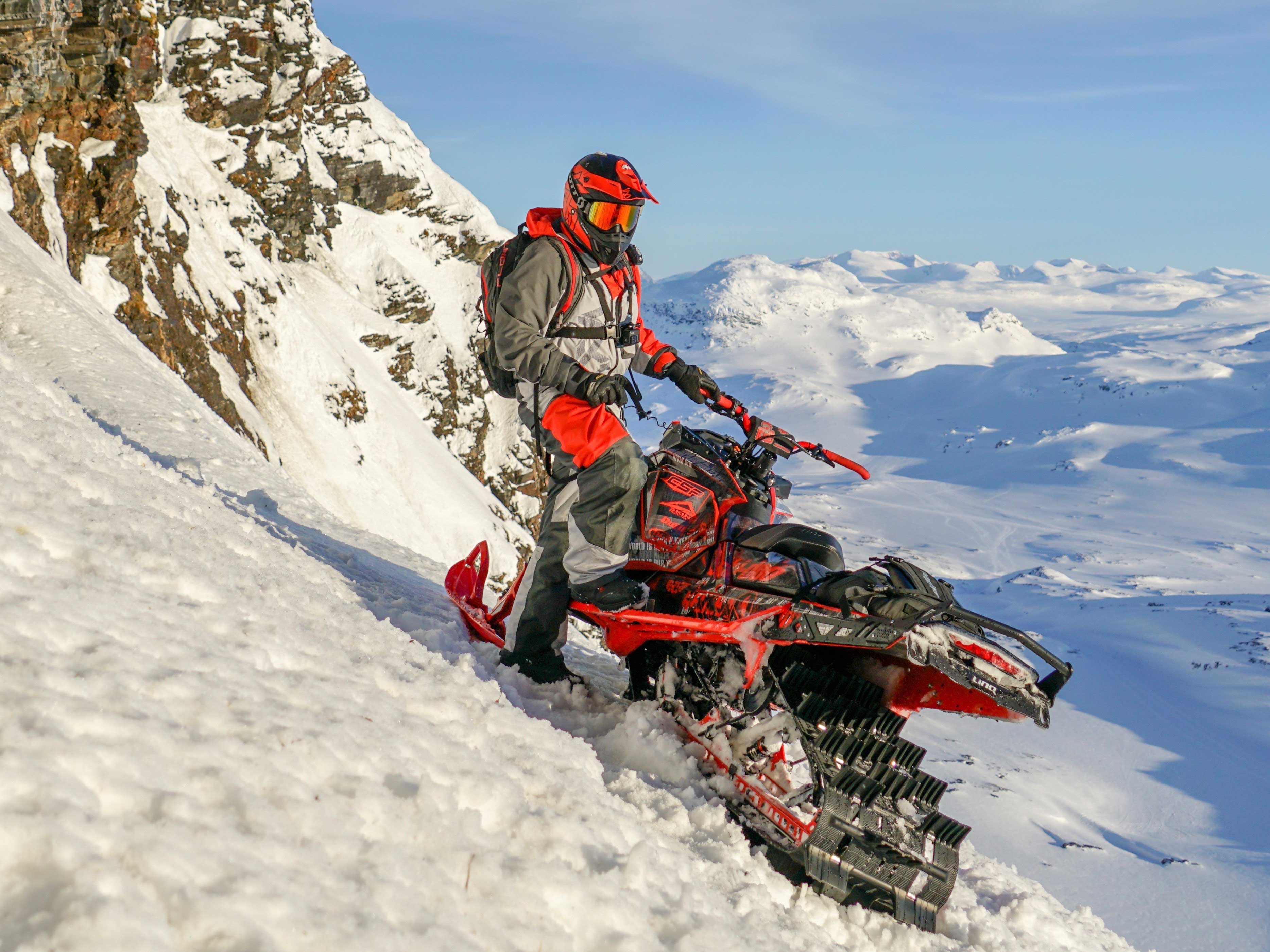